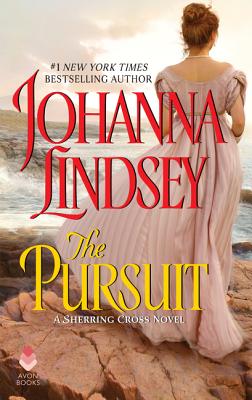 What was to be a grand adventure for Melissa MacGregor—an escape from the wilds of her Scottish home into the whirl of the London social scene—seems to pale before the promise in the passionate gaze of Lincoln Ross Burnett. Though they exchange but a few words before parting after a chance encounter on her grandfather’s lands, Melissa instantly knows this bold stranger is her destiny, while Lincoln realizes his heart has been claimed forever and he will never be complete until Melissa MacGregor is his bride.

But there are serious obstacles impeding the well-smitten Viscount Cambury’s pursuit of glorious romance: sixteen of them—all big and brawny, six named Ian and all named MacFearson. The bane of Lincoln’s youth, Melissa’s stifling, disapproving uncles are now determined to rob him of his newfound happiness. Yet he is equally resolved to confront the peril—and to pursue his exquisite obsession all the way to London...and to the ends of the earth, if necessary.

One of the world's most successful authors of historical romance, every one of Johanna Lindsey's previous novels has been a national bestseller, and several of her titles have reached the #1 spot on the New York Times bestseller list. Ms. Lindsey lives in New England with her family.