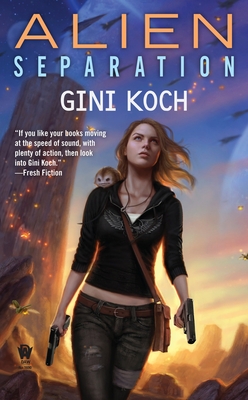 This is book number 11 in the Alien Novels series.

The Mastermind has finally been identified, but before Jeff and Kitty Katt-Martini can take him down, they, their daughter Jamie, Charles Reynolds, Paul Gower, Christopher White, and several others are zapped out of their solar system and into another.

Landing in scattered groups on various areas of Beta Eight in the Alpha Centauri system means getting the team back together will be a major issue. But it’s only one of the challenges they’ll face. Kitty and Company have to forge alliances with the wide variety of sentient natives on the planet while plotting to create a civil war and overthrow the king—who just may be a clone of one of their bitterest enemies, Ronaldo Al Dejahl.

Of course, to do this, they have to overcome an assortment of dangerous obstacles, protect a group of refugees, take mind reading lessons, and seek out unexpected new allies as they journey to the CenterPoint of the World.

And once they reach the All Seeing Mountain, new issues and surprises await. Because there’s more than a small war going on—they’re in the midst of the Alpha Centauri Civil War!