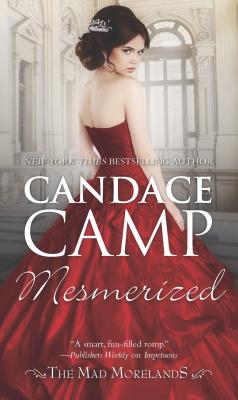 By Candace Camp
$5.99
Likely On Our Shelves Now

This is book number 1 in the Mad Morelands series.

The only way to fight a powerful darkness is with a powerful love Olivia Moreland prides herself on discrediting charlatans, particularly the false mediums that flock to London. But when Lord Stephen St. Leger requests her help in investigating an alleged psychic's claims, she can't deny the ominous feeling she has within the walls of his ancient estate--or the intimately familiar connection she has with Stephen himself. The last time he'd called Blackhope Hall home, Stephen had watched as his elder brother claimed both the family title and the woman he loved. Now, in the wake of his brother's murder, Stephen has reluctantly returned to find his family ensconced in scandal. Who is responsible for his brother's untimely death? And what is it about investigator Olivia Moreland that so thoroughly draws him in, reigniting a passion he hasn't felt in years?