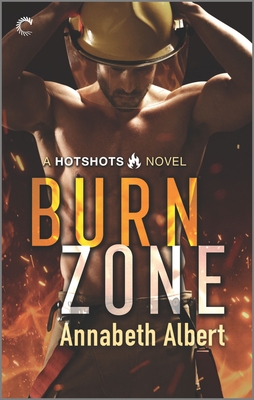 By Annabeth Albert
$8.99
Likely On Our Shelves Now

This is book number 1 in the Hotshots series.

"If you're looking for a new series with the same kind of found family, band of brothers feel you got from Albert's Out of Uniform, this is the place to start " --Small Queer, Big Opinions

Introducing Annabeth Albert's Hotshots series: The emotions and intensity of Chicago Fire with the raw, natural elements of Man vs. Wild.

Smokejumper Lincoln Reid is speechless to see Jacob Hartman among his squad's new recruits. Linc had promised his late best friend he'd stay away from his little brother. And yet here Jacob is...and almost instantly, the same temptation Linc has always felt around him is causing way too many problems.

Jacob gets everyone's concerns, but he's waited years for his shot at joining the elite smokejumping team, hoping to honor his brother's memory. He's ready to tackle any challenge Linc throws his way, and senses the chemistry between them--chemistry Linc insists on ignoring --is still alive and kicking. This time, Jacob's determined to get what he wants.

Close quarters and high stakes make it difficult for Linc to keep his resolve, nevermind do so while also making sure the rookie's safe. But the closer they get, the more Linc's plan to leave at the end of the season risks him breaking another promise: the one his heart wants to make to Jacob.

Danger lurks everywhere for Central Oregon's fire crews, but the biggest risk of all might be losing their hearts.

Out of Uniform
Book 1: Off Base
Book 2: At Attention
Book 3: On Point
Book 4: Wheels Up
Book 5: Squared Away
Book 6: Tight Quarters
Book 7: Rough Terrain