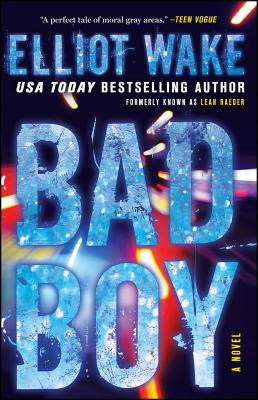 “Wake presents an intense, suspenseful, and unusual tale of romantic suspense that will make readers question their perceptions of gender and relationships.” —Booklist (starred review)

A “fast-paced, mind-bending romantic thriller” (Kirkus Reviews, starred review) about a transgender vlog star who struggles with a past that continues to haunt him as he sets out to prove that he’s not a “bad boy,” but something else entirely: a good man.

Vlog star Renard Grant has nothing to prove: he’s got a pretty face, chiseled body, and two million adoring video subscribers. Plus scars on his chest and a prescription for testosterone. Because Ren is transgender: assigned female at birth, living now as male. He films his transition and shares it bravely with the world; his fans love his honesty and positivity.

But Ren has been living a double life.

Off-camera, he’s Cane, the muscle-bound enforcer for social justice vigilante group Black Iris. As Cane, he lets his dark side loose. Hurts those who prey on the disempowered. Indulges in the ugly side of masculinity. And his new partner, Tamsin Baylor, is a girl as rough and relentless as he is. Together, they terrorize the trolls into silence. But when a routine Black Iris job goes south, Ren is put in the crosshairs. Someone is out to ruin his life. He’s a bad boy, they say, guilty of what he punishes others for. Just like every other guy: at heart, he’s a monster, too.

Now Ren’s got everything to prove. He has to clear his name, and show the world he’s a good man. But that requires facing demons he’s locked away for years. And it might mean discovering he’s not such a good guy after all.

Elliot Wake (formerly known as Leah Raeder) is a transgender author of four novels: Unteachable, Black Iris, Cam Girl, and Bad Boy. Aside from reading his brains out, Elliot enjoys video games, weightlifting, and perfecting his dapper style. He lives with his partner in Chicago.

“Wake writes with abandon and razor-sharp wit as he details the struggles and joys of being a 'self-made man'…A fast-paced, mind-bending romantic thriller from an author with humor, heart, and big writing muscles.”
— Kirkus Reviews (starred review)

“Wake presents an intense, suspenseful, and unusual tale of romantic suspense that will make readers question their perceptions of gender and relationships.”
— Booklist (starred review)

“Wake delivers in spades, crafting a story so captivating, you won’t be able to set your book down.”
— RT Magazine