Finis: The War To End All Wars (Paperback) 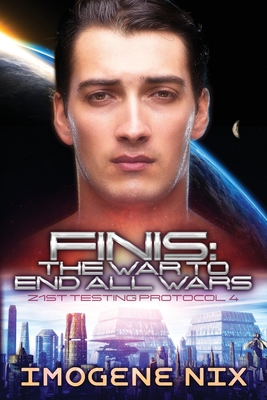 By Imogene Nix
$9.00
NOT ON OUR SHELVES- available for order, usually ships in 1-5 days

Inevitably, the end must come. But only one side can win the war.

Senna Reed-soldier and arson investigator-knows danger. She was there right beside the men in the war-a soldier. Now she's facing an enemy the likes of which no one in their right mind could have foreseen years before.

Franklin Mann is a soldier first and foremost. Romantic entanglements aren't his speciality, but Senna, the woman he's been tasked to work with, pushes all his emotional buttons. He fights the emotional entanglements...until he can fight no more.

The passion between them is scorching, but there's work to be done. Dirty tasks only soldiers can perform.

The possibility of failure in tracking down the one person who is behind the creation of the super-soldiers and neutralizing them won't be easy. The battle will require them all to steel themselves, because never before have they seen the likes of what's to come.