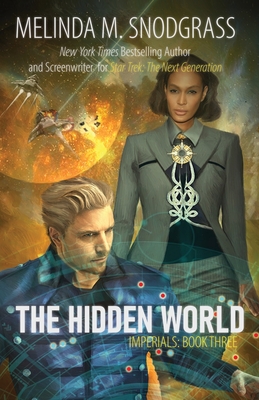 By Melinda M. Snodgrass
$16.99
NOT ON OUR SHELVES- available for order, usually ships in 1-5 days

In The Darkness of Space Everything Hidden Will be Laid Bare....

For fourteen years, Thracius "Tracy" Belmanor has struggled to make a life for himself after a betrayal had left him in military disgrace. Struggling as a captain of a small trading vessel, he survives with his alien crew under the radar of the Solar League.

Tracy's betrayer, the Princess of the Solar League, Mercedes, is facing the intrigues of the nobility and the need for her to continue the royal line. Without an heir, Mercedes sees her position slowly eroding, especially since her unfaithful husband has had no problem producing a long line of illegitimate children. Many in the nobility are beginning to whisper that the problem lies with the Princess.

Desperate to hold off a coup that will threaten the throne, and possibly all of humanity, Mercedes embarks on a military campaign to earn the allegiance of her people through victory. However, the road to victory runs towards the man she betrayed, with success and failure being held in Tracy's hand.